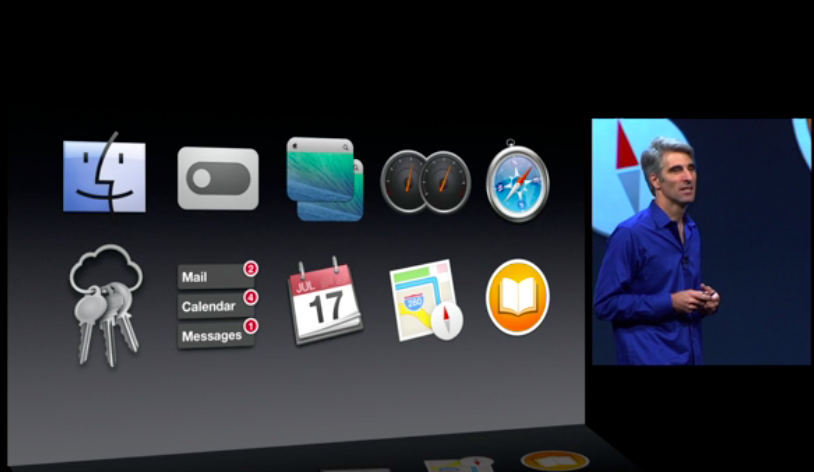 The newest version of Mac OS X is here and it’s got a brand new name: Mavericks. Apple has given up on the traditional cat-themed naming for its desktop operating system. While there was no major interface changes in OS X, there are a ton of advanced features and tweaks that will make Mac users excited. 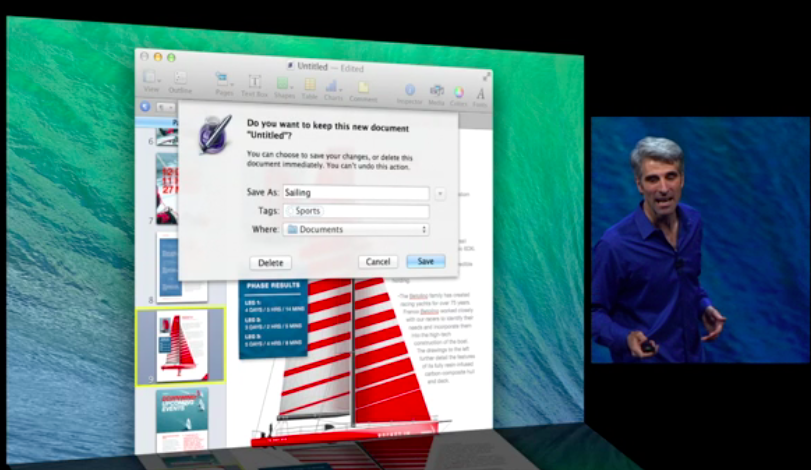 Finder now has a tabbed interface. This feature has been much requested from Mac loyalists. Previously, there were third party apps like TotalFinder that featured tabs. Users can drag and drop content between the tabs. Another new feature of Finder is tags. Tagging allows users to mark documents and files with different tags to make searching and finding things much faster.

Apple finally fixes the multiple display issue that began in OS X Lion. Previously, putting and app into full screen put a shade over all other monitors. Now full screen apps will run without restricting the use of other monitors. You can even run multiple full screen apps at once. To simplify everything, Apple has added the menu bar and dock to all monitors, instead of just the primary monitor. This makes the interface easier to use and understand. If you have an AppleTV, you can even AirPlay to the device to use your TV as a monitor. 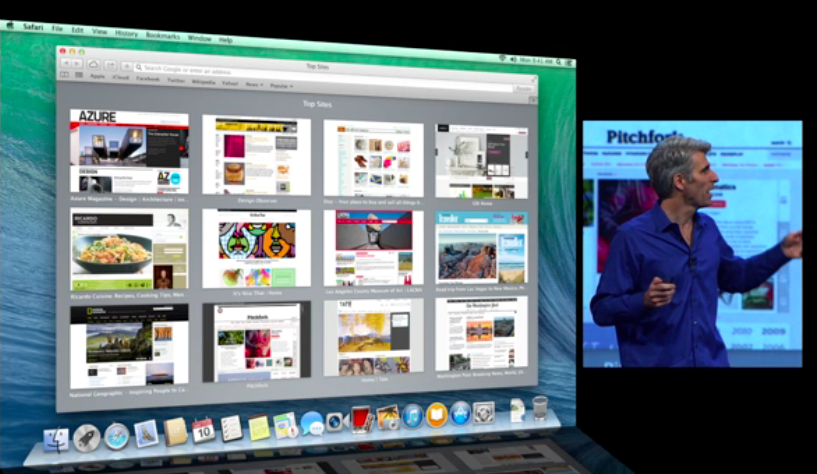 Safari gets a few tweaks that make it a more useful browser. Besides the run-of-the-mill performance improvements, Safari gets a new home page with bookmarks and reading list integration. Stories in your reading list can be scrolled from one to the next, without having to click on anything.

Notifications get a little more useful, allowing users to interact inside the notification instead of just opening up that app. Mobile notifications can now also be pushed to your desktop, so you won’t miss a thing (for better or worse). Apps will also update in the background, without having to prompt you to update them. 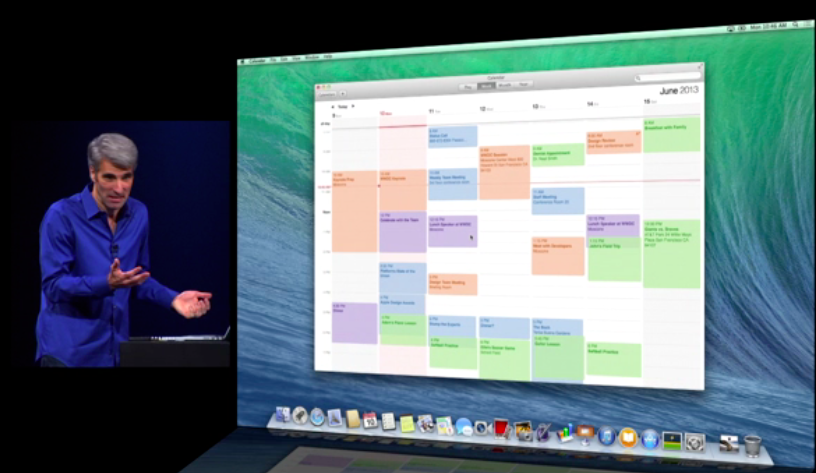 Apple showed off the new Calendar and it’s clear the company is waging war on skeuomorphism in OS X. They joked that “no virtual cows were harmed” making the new Calendar app. This is also an area where Apple is playing catch-up with Google Now. The app now integrates with Maps, giving users the ability to look up locations and get traffic info, right from within the app. There’s even weather data to let you know if you need to bring an umbrella. 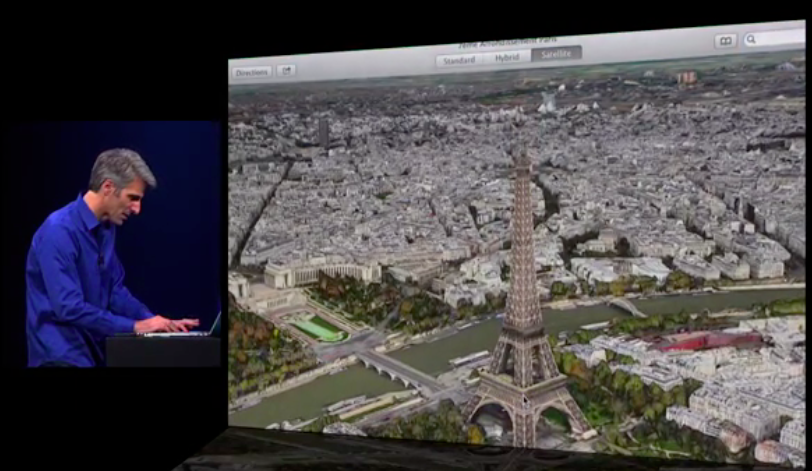 Maps comes to OS X Mavericks and it works just like its iOS counterpart. The best feature of Maps for OS X is the ability to send your trip to your iPhone with a click of a button. Google Now similarly does this by linking your Google account and Android phone, showing recently searched for directions. 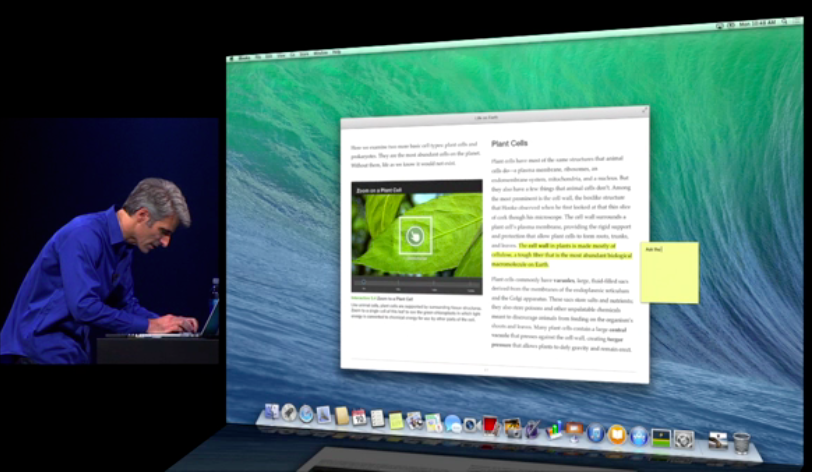 While OS X 10.9 Mavericks doesn’t have anything groundbreaking, it has enough tweaks and polish to make it one of the most compelling desktop operating systems out there. Of course, you’ll have to live within Apple’s universe to get the most out of OS X Mavericks.

OS X 10.9 Mavericks will be released some time in the Fall, but developers can get their hands on a preview build today.

If you liked this article then you'll love our newsletter!

Join us to receive hilarious memes, photo galleries, tips&tricks, and the best games!